About the Combs Performing Arts Center (CPAC)
Located in San Tan Valley, the Combs Performing Arts Center (CPAC) is the newest performing arts venue in Pinal County, completed in January of 2019. The Combs Performing Arts Center is located of 2505 E. Germann Road on the Combs High School Campus, conveniently located in the San Tan Valley Community, close to Queen Creek, Florence and Apache Junction.
This elegant venue features an intimate 516 seat house, a mezzanine with excellent views, excellent acoustics, state of the art technology, a spacious lobby, large backstage spaces, a dance studio, and a flexible black box performance space with lobby access.
Want a full listing of upcoming shows? Visit our Facebook Page and click on the events tab.
Now Open for Community Rentals!
Looking for a space for your next performance, meeting or event? The Combs Performing Arts Center is home to the performing arts for the J. O. Combs Unified School District and is also open to the community for rentals! Contact us to schedule an appointment for a private tour!
Already interested in renting? Click here to access our Facility Rental packet including fees, policies, and request forms.
Want the latest news?
Get the latest updates directly to your inbox by clicking here!
Volunteer Opportunities!
We are looking for energetic people to volunteer at the Combs Performing Arts Center.
Click here to volunteer
Due to Covid-19 shows that have been canceled and postponed. The Combs Performing Arts Center is closed until further notice. Please be aware that the safety of our community is of the utmost importance.  We look forward to welcoming the community back as soon as possible.
Carvin Jones -POSTPONED  New date To Be Announced!
World renowned blues/rock icon Carvin Jones, voted one of the greatest blues guitarist of all time by Guitarist magazine.Eric Clapton quote "Carvin Jones is a young cat out of Phoenix who I think is the next up-and-coming blues player."" one of the best guitarists in the world " London Surrey NewsCarvin has released 4 LP's - What You Need (1999), The Carvinator (2008) and Victory is Mine (2014) and his new album release What a Good Day (2018). He has played countless festivals, made numerous television appearances and has received praise and recognition from some of the top artists in the blues world. He has pleased music fans worldwide with his high energy show and electrifying guitar style. He has shared the stage and toured with legends including BB King, Santana, Jeff Beck, Albert King, Albert Collins, The Animals, REO Speedwagon, Jimmy Vaughan, Double Trouble and many more. Carvin himself has performed with Joe Cocker and the Fabulous Thunderbirds. Carvin even performed in Iraq and Kuwait in 2011.Prior to the current incarnation of the band, Carvin has a long 25 year history of success worldwide.The band currently averages around 330 live performances a year and have performed in 37 countries on 3 continents in 24 months.
The band has been well received by critics and fans alike. 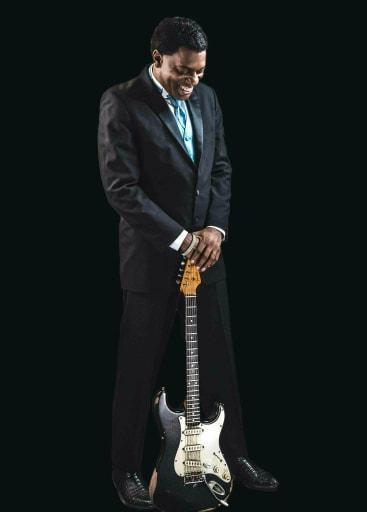 Click here for more information
Click here for tickets
Paperback Writer-Tribute to the Beatles-CANCELED
Friday April 3, 2020 at 7:30 pm
Presented by TAD Management
CTS-Called to Serve-Freedom Rock Experience-Rescheduled to October 10, 2020 at 1 pm.
Benefit Concert for the Veterans First Organization
Join us for this benefit by Called to Serve for the Veterans First LTD. organization. Seating is general admission. Doors open thirty minutes prior to showtime.About Veterans First Ltd.We educate Veterans, specifically Women Veterans, on resources that provide information on VA Benefits, Healthcare, Education, Jobs, and Community Resources.
This education enables, empowers, and encourages our Women Veterans to enhance their lives while we stand by their side through this complicated process.
Click here for more information
Click here for tickets
Garth Brooks Tribute-POSTPONED to 20/21 Season.  New Date to be announced!
Presented by TAD Management.
From the Pentagon to Pearl Harbor, from Festivals to Schools across America, the high energy, powerhouse music of CTS has garnered fans across the world.  From their live shows to studio recordings, contagious lyrics and arena style rock guitar rifts, this band has inspired people of all ages to live their lives to the fullest and make your dreams come true.
In the News